By taking repeated measurements over time we can study the dynamics of our environment – be it the mean temperature of the UK by month, the daily opening prices of stock markets, or the heart rate of a patient in intensive care. The resulting data consists of an ordered list of single measurements and we will call it ‘time series’ from now on. Time series can be long (many measurements) and complex and in order to facilitate exploitation of the gathered data we often want to summarise the captured sequences. For example, we might collapse the 12 monthly mean temperatures for each of the past 100 years to a yearly average. This would enable us to remove the effects of the seasons, reduce 12 yearly measurements to 1 and thereby let us quickly compare the temperatures across many years without studying each monthly measurement. Taking the average value of a time-series is a very simple example of a so called ‘time series feature’, an operation that takes an ordered series of measurements as an input and gives back a single figure that quantifies one particular property of the data. By constructing a set of appropriate features, we can compare, distinguish and group many time series quickly and even understand in what aspects (i.e., features) two time series are similar or different.

Over the past decades, thousands of such time-series features have been developed across different scientific and industrial disciplines, many of which are much more sophisticated than an average over measurements. But which features should we choose from this wealth of options for a given data set of time series? Do features exist that can characterise and meaningfully distinguish sequences from a wide range of sources?

We here propose a selection procedure that tailors feature-sets to given collections of time-series datasets and that can identify features which are generally useful for many different sequence types. The selection is based on the rich collection of 7500+ diverse candidate features previously gathered in the comprehensive ‘highly comparative time-series analysis’ (hctsa) toolbox (paper here) from which we automatically curate a small, minimally redundant feature subset based on single-feature performances on the given collection of time-series classification tasks.

By applying our pipeline to a standard library of 93 classification problems in the data-mining literature (UEA/UCR), we compiled a set of 22 features (catch22) that we then implemented in C and wrapped for R, Python, and Matlab. The 22 resulting features individually possess discriminative power and only do ~10% worse than the full hctsa feature set on the considered data at a highly (1000-fold) reduced computation time, see Fig. 1.

As the UEA/UCR-datasets mainly consists of short, aligned, and normalised time series, the features are especially suited to these characteristics. The selection pipeline may be applied to other collections of time-series datasets with different properties to generate new, different feature sets and can further be adapted to performance metrics other than classification accuracy to select features for analyses such as clustering, regression, etc.

See full paper for all the details here for free (http://link.springer.com/article/10.1007/s10618-019-00647-x) under the title "catch22: CAnonical Time-series CHaracteristics Selected through highly comparative time-series analysis" in the journal Data Mining and Knowledge Discovery. The catch22 feature set is on GitHub (https://github.com/chlubba/catch22). Carl, Ben, Nick 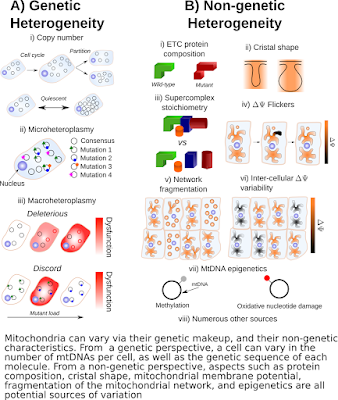 You are made up of a lot of cells, and so is your brain. You were also derived from a single cell: the union of a sperm and an egg. In order for your body to grow from a single cell into an adult human, a massive amount of cell division must occur, which means that the DNA inside your cells must also be replicated intensively. In copying all of this DNA, “spelling mistakes” can sometimes be made. If that mistake occurs early enough in development, all of the subsequent cells which are copied from the mutant parent also receive this mistake, which potentially gives rise to large islands of mutated cells (called “somatic mosaicism”). If a copying error occurs at a particularly important base of DNA, this could potentially cause disease in the tissue once you have fully developed into an adult.

Our experimental collaborators at the University of Cambridge went searching for mutated chunks of brain matter in post-mortem samples of brains from 54 human individuals. Using genetic sequencing technology, they found evidence for these mutated islands of grey matter. However, none of these samples were pathological themselves, since only a small fraction of the brain per individual was sampled. This provided an opportunity for mathematical modelling of how the brain develops, so that we may predict the prevalence of pathological mutations in human brains, given the experimental data.

Our mathematical model is incredibly simple (and crude -- others have developed much more sophisticated approaches): we assume that, in order to grow a brain, you take the initial cell from which you were derived, and double it repeatedly until the mass of cells corresponds to the number of cells in the brain (this is called a binary tree). Each copying event is called a “generation”, and corresponds to a row of the tree below. If a mutation occurs whilst copying the DNA of a particular cell at a particular generation, then a fixed fraction of all the subsequent daughters will also be mutated, generating a mutant region. Repeatedly simulating brain development using a computer allows us to gather statistics about the probability of an individual harbouring pathological islands of brain matter.

Neurodevelopment is, of course, much more complicated than a series of doubling events. Amongst other effects, regions spatially re-arrange themselves, cells die, and cell division isn't always symmetric (i.e. daughter cells may not always be capable of dividing themselves). We explored several modifications to the simple model above, and found that our extrapolations were surprisingly robust. We argue that, once the developing human brain consists of about 1 million cells, as long as each daughter cell gives rise to roughly the same number of daughter cells in subsequent divisions, and that spatial mixing of the brain isn't too strong, every individual is expected to harbour about 1 pathologically mutated island of cells consisting of about 10,000 to 100,000 cells. The basic idea is that if those 1 million cells replicate once then they are really likely to have a pathological mutation crop up in one of those 1 million divisions. Larger regions may also occur, but are rarer, and conversely, smaller regions are more common (see the right panel of the figure above). This kind of argument suggests that for a whole range of possible ways in which our brain develops we’re likely to have islands of mutation.

We also discuss an observation which emerges from the tree-structure of neurodevelopment which may allow us to directly estimate the mutation rate from a simple back-of-the-envelope calculation. Any particular experiment will have a certain detection sensitivity, in that it will be able to detect mutations common to a minimum number of cells in a sample, and no fewer (in our case this was ~0.5% of cells in a sample). Because of the tree structure of neurodevelopment, the most common mutations observed will occur at exactly the detection sensitivity: larger mutated islands become exponentially rarer, whereas smaller mutations are too small to be measurable.

Overall, our results suggest that pathologically mutated islands of brain matter are potentially possessed by all of us. These islands may potentially be sources of protein aggregates, which could spread in the brain and cause neurodegeneration; perhaps they’re regions which could be thought of as randomly triggering pathology sometime over our lives with the rate of triggering proportional to the size of the region. Future work is required to verify this, by direct observation of pathologically mutated islands, and mechanistic studies to quantify how large an island is “large enough” to have a high chance of inducing disease within a human lifespan.

You can freely access our work, which has recently been published in Nature Communications, as "High prevalence of focal and multi-focal somatic genetic variants in the human brain" https://www.nature.com/articles/s41467-018-06331-w Juvid, Nick and our friends in the Department of Clinical Neurosciences at the University of Cambridge especially Mike, Wei and Patrick.
at October 20, 2018 6 comments: